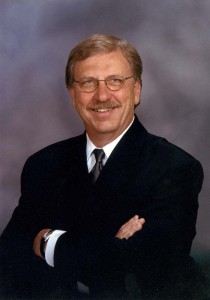 Harold (Harry) Nels Andresen, Jr. of Bellevue passed away peacefully on May 15, 2014.  He was 73. Harry was born on November 14, 1940 in Omaha, NE.  He was raised in Omaha and in his youth enjoyed playing sports, building and racing soap box derby cars, and being a typical older brother to his four siblings.  After graduating from Holy Name High School, he attended Creighton University in Omaha and graduated with a Bachelor of Architecture from the University of Nebraska in 1966.  That same year, he married his loving wife Carol, also of Omaha.  With plans to stay only a couple of years, they moved to Bellevue, Washington in 1969, but fell in love with the Northwest and made Bellevue their home ever since. 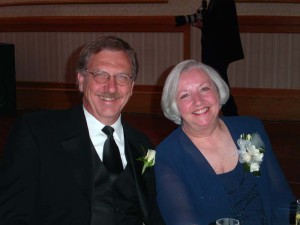 Harry practiced architecture in the Seattle area for over 40 years.  His creativity and vision enabled him to design a broad range of commercial and industrial buildings, master site plans, and residential projects that were economical, efficient, and market oriented.  His projects won numerous awards in areas such as high-tech design and environmental stewardship.  Beyond business, Harry was a civic leader in the Bellevue area and served on a wide variety of community committees and task forces.  He was chairman of the Bellevue Planning and Bellevue Arts Commissions, and was instrumental in the vision and development of Bellevue as we know it today including the Bellevue Downtown Park, the Bellevue downtown plan, NE 4th Street design, Meydenbauer Convention Center, and the Bellevue Botanical Garden. 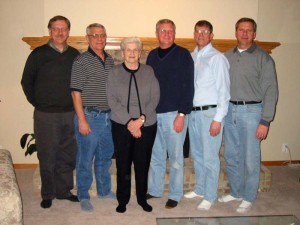 Harry was an avid sports fan and coached little league baseball in Bellevue and Sammamish for over 25 years including multiple city championship and all-star teams.  He sang in the St. Madeleine Sophie Catholic Church choir for over 20 years, and loved traveling internationally and spending time with his family and friends.  Most of all, he was a great husband, dad, and grandfather.  “Papa” showed his granddaughters how to bat off a tee, ride bikes, and always made them laugh.  He will be greatly missed.

He is survived by his wife Carol, daughter Noelle Hagen (Marshal), son Craig (Monica), three granddaughters Audrey (7), Sabrina (4), and Brenna (1), and four brothers Spike, Joe, Clayton, and Leonard.       A memorial service to celebrate Harry’s life will be held at 11:00am on Wednesday, May 28th, at St. Madeleine Sophie Catholic Church in Bellevue.  In lieu of flowers, please make a donation in Harry’s name to the American Cancer Society.