A Doctor and Their Death Certificate

Being married to a doctor gives a person a little sliver of insight into a world that most of us otherwise wouldn’t have. I say “sliver,” because my wife is pretty strict about not bringing home work talk, unlike her husband that jabbers on endlessly about all things funeral. She turned to me the other day in-between lamentations about the woes of death certificates for doctors and said, “Why don’t you do a post on death certificates for doctors? I don’t think most of us really understand why they are so important; they just seem like more endless paperwork that we have to do.”

Hmm…I never really thought about it from that perspective. Without pushing further into what death certificates (DCs) might mean to the medical community at large, I just figured that they were important to everyone. (Career insight for funeral students: 80 percent of what you deal with on a daily basis is connected to DCs. Get used to it)

So, here’s a primer for doctors and plebeians alike. The nutshell answer for what a death certificate actually is: 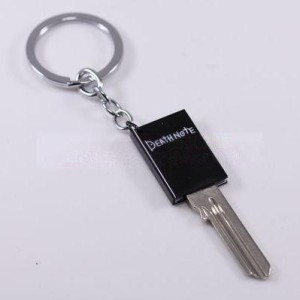 That’s the bulk of what a DC does. Sure, it has a lot of possibilities that are associated with it, not the least of which are:

Number three is key here. It’s really what people get antsy about when they are banging on the door of the funeral home wanting their certified copies of DCs. Now here’s where it gets important:

Death Certificates are not valid unless a DOCTOR SIGNS THEM.

See how happy it makes him to sign a death certificate?!

You doctors know that you are signing a DC with a cause of death, but I would imagine that it would seem ridiculous. They had cancer for 10 years, and now they are dead. The doctor’s job is done, and wants to be left alone to heal others (and handle the other piles of necessary paperwork that needs to be completed). I get it. As a funeral director, believe me, I wish I had other papers to push or deceased people to care for, but the reality is that once the deceased has finished taxing the hospital system and is headed towards cold storage, there is an ARMY of people waiting on your pen to grace that paper.

The funeral home can’t cremate or bury anyone unless you sign.

The medical examiner won’t issue permits for anything if you don’t sign.

Vital Statistics sits in wait for your pen. They can’t produce anything without it.

And on and on…

We would love to not bug you. In areas that have electronic death certificates we are roughly 67% less of a pain in your ass, to be sure. 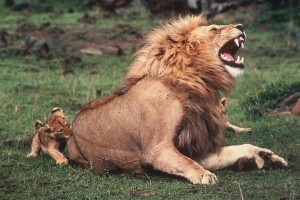 Accuracy. Often times, you as a doctor have just come onto your rotation and shift just as someone you have never heard of, let alone met, stops sucking wind. Great. Being a Hospitalist just got less sexy. Here is our (collective society) recognition that your position sucks at that point. Our request to all the doctors out there that find themselves in this unfortunate situation is brief: Please take but just a few moments to look in the notes to make sure that the cause, and leading causes, of the death are accurate. More often than is comfortable, the cause of death can be a speculative one. Remember that this document is one of the most important documents of that person’s life, and is most certainly the most important document to that family in the coming days and weeks. Putting down a single cause like “asphyxiation” with no leading cause is going to be problematic for everyone listed above. You see, an insurance company can read that as suicide, a family reads it as grandma with a bag over her head, the medical examiner says “Dude, we need a little more to go on here…” and the funeral director becomes the pock marked messenger that gets whipped naked trying to get it all sorted out.

I would like to take a moment to touch on tobacco use as a contributing factor. Please do everyone a favor and check with the family on smoking history prior to committing to this one. It is really easy to shrug and just check “Unknown”, but there are serious consequences to taking the easy road here. As you know, there are many situations out there where a respiratory illness is not caused by a smoking. What you may not know is that there are insurance policies out there that are issued contingent on the person being a non-smoker. When you check “Unknown,” it can invalidate some policies. Additionally, there are some families in litigation for industrial causes of lung disease that would have their cases thrown out for “Unknown” or “Probably.” I’m certainly not advocating lies, or even omissions. What I am suggesting is making sure that this box is accurately completed, because it can mean the beginning of a world of hassle by the stroke of a pen. At the very least it will get us hassling you for an affidavit, the worst could be sworn statements and legal proceedings.

The CDC has a great resource on causes of death in their Physicians’ Handbook on Medical Certification of Death. This stuff is GOLD. I mean total PAGE TURNER. You won’t be able to sleep at night because it’s like watching a train go over the embankment ­ you can’t turn away. Even so, it is a great document to give a little clarity and refresher for what can often times be a throwaway document to some. 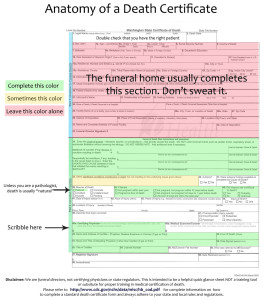 All of this may sound like I’m here to beat up on the doctors that work so hard to do everything that is asked of them. I am totally not here to do that. I know that you have more on your plate than any of the doctors that have come before you in history. You are asked to do more for patients with fewer resources, in a shorter time frame, for less money. In short: You are getting squeezed harder than a ketchup bottle at Coney Island.

DCs are a frustration to everyone, and it may be a dead heat for “top pain in the posterior” award: Funeral Directors and Doctors are tied for first with families getting silver. After all is said and done, we both need to remember that this document is vitally important to all the people we touch, so a couple moments of attention will do us solid in the long run. After that, we’ll do our best not to bug you…until we need another signature.

(For New Yorker subscribers, Katheryn Schulz has a fantastic historical look at death certificates, not to be missed.)