We (I) have talked myself silly about how you and your family need to communicate more about end of life arrangements, post mortem clean up, physicians orders, and all the other taboo topics that no one wants to cover as they age. As with all death topics, the one I’m about to discuss falls into a dark corner of failed communication. A couple of news stories came out last week regarding the abandonment of cremated remains. Daily, weekly, monthly, yearly, there are remains that are abandoned at funeral homes around the globe. You aren’t going to find a single establishment that doesn’t have someone in the closet waiting for another someone to never pick them up. So, why does this happen? Here are a few of my postulates:

I just don’t care about the box: As you loyal readers know, cremated remains are the pulverized skeleton of a decedent. There are mere traces of other material in there, but for all intents and purposes – its bone. And those bones are, in the eyes of the law, the remains of a person. For most people, they are the mortal remains of someone they love and care about. They are a more convenient, manageable, practical and simplified version of the body that was left behind when they died. And for the majority of people, that is what I return to them on a daily basis. However, there are others that don’t share this reverence for the dead, so these boxes of bones have no value for the people left behind. In fact, for many they are a burden to get rid of, so it’s just easier to never come pick them up. 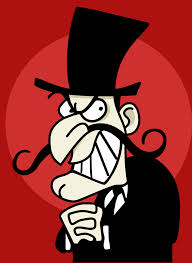 They were nasty people: Death has a way of making us in Western Society spin a person’s life into a positive. When someone has died, we speak of them in positive terms. It’s almost natural for us to try to pull out the praiseworthy characteristics in their lives. The time of death brings out a lot of emotions, and maybe, some people just choose to see the positive parts of people that they may have had strained relations with. Or maybe, the person who died left behind a trail of negative feelings in others – they are out there, you know. I have heard “Oh hell, I’ll pay for it, but I didn’t want him when he was living, why the hell would I want him when he’s dead. Just throw it away.” 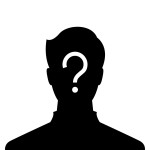 Pick who up?: I think when guardians and distant relatives are the only people left to take care of someone’s remains, it’s so low on their priority list, that they just flat out forget until we remind them. Again and again.

Miscommunication: Many families have communication problems, and sometimes in communicating who’s going to do what, it can be missed that Jane was supposed to pick up Uncle Bob, and Jane thinks Stacy was going to do it. Stacy left for vacation in France before Jane took off for the year abroad in the Peace Corps, and so it was left to Jason by Jane, but no one really thought it was their obligation to call Jason because they hadn’t seen him since he graduated from community college, and Stacy never was really the legal next of kin because Bob was never adopted legally by Jim and Nancy, Stacy’s cousin… Huh? 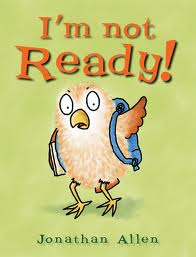 I’m just not ready: I don’t know if death denial is the reason that people would leave human remains behind or not. I’m going to guess that it is. I’ve seen more than one person who “just can’t handle it yet” fail to come to retrieve their loved one. Every once in a while, there’s some kid that just can’t get over mom or dad’s death, and it would make it too real to come pick up the urn.
I’m sure there are a multitude of other reasons why people would try to stick us with the remains. These are just the working ideas that I’ve accumulated over the years.

It wasn’t until relatively recently (the past 20-30 years) that funeral homes received the regulatory green light (with proper disclosure and agreement) to dispose of remains after a relatively short period of time. Prior to this, some funeral homes (including one that I managed) retained hundreds of abandoned cremated remains (some of the staff affectionately referred to the storage area as “The Hall of Lost Souls”). Here in Washington, many funeral homes use a period of 90 days. In reality, I know of no funeral home that would actually dispose of remains that quickly, but it allows a pathway to get families to take action. Some funeral homes do a once a year scattering ceremony, others will pick a certain number of remains to accumulate, and yet others don’t avail themselves of the more lax regulation.

This change in the ability for funeral homes do dispose of remains after a set period of time resulted in a change in the language on cremation authorizations. Elemental’s reads:

When I instruct people to sign the cremation authorizations, often, people want the nutshell version of the legalese before they sign without fine tooth combing. My short version of this one is, “It says that you aren’t going to abandon them, and if you do I can scatter.” This invariably elicits a look of horror like, “You honestly think I would do that?!” and they say, “People get left behind?”
Yes. Otherwise I wouldn’t have it on the authorization.

I try not to judge. I understand that not everyone placed in the position of caring for the deceased in their family wants, requested, or even knew that they were going to be thrust into the role. It isn’t something that families communicate very well. As always people…talk to your families about what you want.
One final message from this post – Be a good person. You’re way less likely to be left in the “Hall of Lost Souls.” And we’d appreciate it if you’d pick up your ashes in a timely manner.