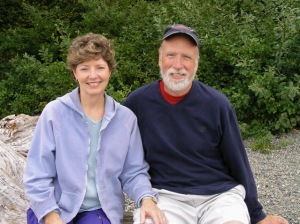 Edward Lothrop (Ted) Warner, III, of Gig Harbor, Washington, died on November 14, 2014, surrounded by his wife and daughters after a hard fought battle with Idiopathic Pulmonary Fibrosis (IPF) and cancer. He was 73 years old.

Ted was born in Detroit, Michigan, on December 4, 1940, to Ed and Dorothy Warner, and grew up in Okemos, Michigan. He graduated from Okemos High School in 1958, where he was valedictorian of his class and a varsity athlete in basketball, football, track, baseball, and golf. Four years later, Ted graduated from the United States Naval Academy and was commissioned a second lieutenant in the United States Air Force. He and his wife Pam were married in 1967. 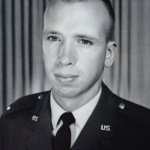 He served with distinction for more than twenty years in assignments that ranged from air intelligence officer with the 93rd Bomb Wing at Castle Air Force Base, California, to assistant professor of political science at the United States Air Force Academy, to assistant air attaché at the U.S. embassy in Moscow, and head of the staff group for the Air Force Chief of Staff at the Pentagon in Washington. While on active duty with the Air Force, Ted earned his doctorate from the Department of Politics at Princeton University in 1975. 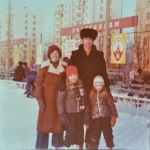 Ted retired from the Air Force in 1982 and became a senior defense analyst at the Washington office of the RAND Corporation. There he led research and published works on Soviet defense policy and strategy, the balance of military forces in Europe, nuclear arms control, and other security-related topics. In 1993 he was confirmed as the Assistant Secretary of Defense for Strategy and Requirements and served in that capacity for more than seven years. During his tenure as assistant secretary he led efforts to reshape U.S. defense strategy, forces, and operational plans for the post-Cold War era; developed new policies governing U.S. peacekeeping and humanitarian relief operations; forged defense relationships with the newly independent states that emerged following the demise of the Soviet Union; and helped to negotiate the Adapted Conventional Forces in Europe Treaty. 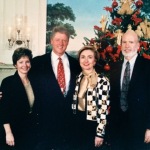 From 2001 to 2009 Ted was a principal at the Washington-based consulting firm Booz Allen Hamilton, where he led teams working with a variety of Defense Department clients to fashion new operational concepts and streamline processes for developing and acquiring new systems. In April 2009, Ted returned to government as deputy head of the U.S. delegation to the New Strategic Arms Reduction Talks (START). Most recently, Ted helped to oversee the implementation of strategic arms reductions as the U.S. Deputy Commissioner of the Bilateral Consultative Commission, which meets periodically in Geneva, Switzerland, to review issues relating to treaty compliance between Russia and the United States. 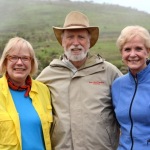 In 2012, Ted and Pam moved from Reston, Virginia, to Gig Harbor, Washington, where they enjoyed living a short drive from the Seattle homes of his daughters and grandsons.

For many years, Ted taught graduate-level seminars in Soviet, Russian, and U.S. defense policy at Columbia University, George Washington University, and Princeton University. He had an entertaining and engaging speaking style and a tremendous ability to make complex concepts accessible. He taught his final class at the University of Washington just seven days before his death. Ted took a real interest in mentoring countless men and women, many of whom have gone on to work with distinction in public service, and all of whom are in his debt. 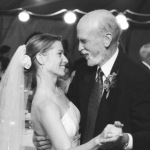 Ted brought intellectual brilliance, infectious enthusiasm, wry humor, and boundless energy to everything he did – teaching, framing new national security policies, briefing senior administration officials, negotiating with foreign governments, playing and watching sports (especially golf), and following the athletic teams of his beloved University of Michigan Wolverines and the city of Detroit. He was a fixture on the sidelines of his daughter’s field hockey games and his grandsons’ sporting events, always offering encouragement and colorful commentary. 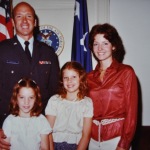 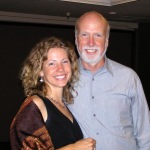 A Celebration of Life will be held in Seattle, following military funeral honors at Tahoma National Cemetery in Covington, Washington, on Monday, December 29, 2014, at 12:30pm.

The family asks that in lieu of flowers, donations be made in Ted’s memory to the Coalition for Pulmonary Fibrosis (www.coalitionforpf.org). 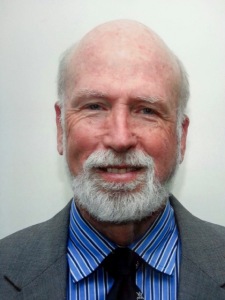 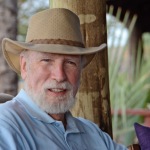 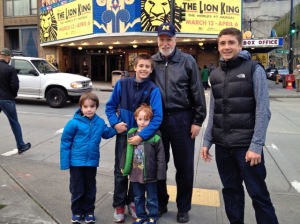 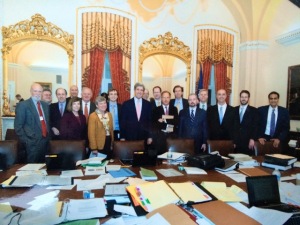 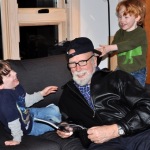