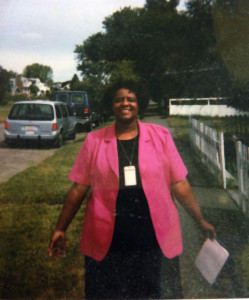 She spent her early years raised in Chicago and enjoyed reading books and taking her younger sister to the Chicago Public Library and Art Museum.

Later as a teenager she relocated to Los Angeles and graduated from UCLA with a Major in Linguistics in 1972.

She was once a Nanny for Diana Ross’s children in Beverly Hills, but after having her twin boys she moved back to Chicago to be with her mother.

In 1982 she relocated to the Northwest and since then lived in the Bremerton-Seattle area.

Her primary source of work was working in Hospitals as a Medical Receptionist at Swedish, Harborview and Polyclinic.

Carla, who was very intelligent and multifaceted was fluent in Spanish and loved to cook and create new recipes.

She was also into liberal politics and social justice and highly interested in metaphysics and the Law of Attraction.

Although she was on dialysis, she still wanted to be out and live life and not dwell on having a terminal illness. She lived life until the very end. She passed away  from a heart attack brought on by her kidney disease.

She is survived by her two sisters Antoinette Caprice Cannon and Candy Lenae Cannon.  Her twin sons Brandon Siler and Max Siler.

There will be a small family gathering before the Cremation on Friday June 19th at 3 pm at First Call Plus in Kent, WA.