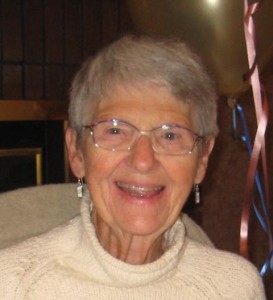 Marjorie Edwards Stage died after a short illness at her Seattle area home on Wednesday, July 22. She was born to Ray Ellsworth and Gertrude (Morach) Edwards in Ritzville, WA on April 2, 1926.

Following graduation from Ritzville High School, Marjorie attended WSC, earning a BA in English in 1948 and a B Ed in secondary education in 1950. She was a member of the Kappa Kappa Gamma sorority and remained especially close to these sisters all her life. 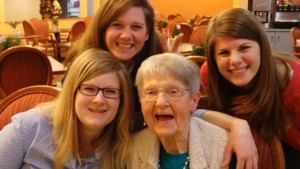 Marjorie’s first teaching job was at Kahlotus, WA. She married Lee Stage on June 12, 1949 in Ritzville, and the couple returned to WSC to complete their degree work. Lee’s employment then took them to El Centro, CA, where Marjorie taught at Wilson Junior High.

The Stages moved to Hoquiam in 1951, started a family, and built their home on Adams Street. Marjorie did extensive substitute teaching in Aberdeen and Hoquiam before teaching full time at Hoquiam High School, retiring in 1988. 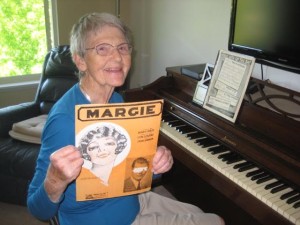 A lifetime member of the United Methodist Church, Marjorie shared her teaching skills and love of music as a Sunday school teacher and choir member . She was active in Young Mothers Club, PEO Chapter T, Friends of the Library and served on the Hoquiam Timberland Library Board for 10 years. Whether sporting fabric bunny ears to church on Easter Sunday, writing a birthday greeting card to someone she just met, or playing the piano for the residents at her retirement center, Marjorie lived her convictions that life is fun, people should be loved, and one’s talents, energy and resources are to be shared at every opportunity. 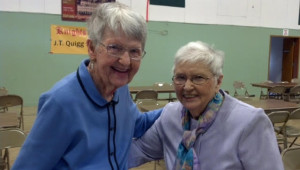 Marjorie and Lee traveled extensively in the US, Europe, Asia and Africa, including many trips with RV caravans into Canada, Mexico, and Alaska. As a lifelong learner, a great many tours were through study programs with Elderhostel. After retirement they spent winters in their Mesa, AZ home, where Lee died in Dec of 2008. In 2010 she moved from Hoquiam to Farrington Court in Kent to be closer to family.