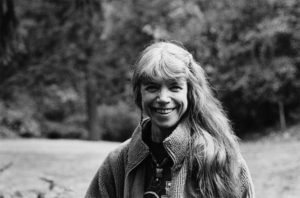 Rev. Maria Dancing Heart Hoaglund passed away on Friday, April 22nd, 2016. She was born in Tokyo, Japan, the daughter of Lutheran missionaries. She attended Japanese public schools and was bilingual and bi-cultural. After international high school in Japan, she graduated from Yale University and received a Masters of Divinity from Chicago Theological Seminary.

She began her ministry at Church of the Crossroads in Honolulu, Hawaii, where she was ordained in the United Church of Christ, serving as minister in U.C.C. churches in Hawaii and the Seattle area. In 1995, she became a hospice bereavement coordinator, while serving as a spiritual counselor and performing weddings and memorials.

Maria is the author of The Last Adventure of Life: Sacred Resources for Transition (July, 2005) and The Most Important Day of Your Life: Are You Ready? (June, 2010). Her books and holistic resources counseled readers to be comfortable preparing for death.

She is survived by her daughter, Heather Hoaglund-Biron and her sisters, Janet Hoaglund and Linda Hoaglund. They honor the memory of Maria’s service to others.