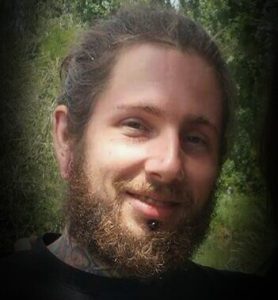 Zachary graduated from Santa Fe Trail High School in 2005 and South Seattle Community College in 2012 where he studied horticulture.

Zachary was an employee of Stone Soup Gardens, and recently launched his own business, Shady Acres Fungi and Garden in Seattle, WA specializing in mushroom gardens. He was actively involved with community gardening, participating in Food Not Bombs and other area community projects.

Zachary enjoyed growing and preserving food while creating recipes utilizing his knowledge of plants and herbs. At Chomp! 2016, he won Top Award with his hot sauce recipe crafted from his pepper plants and educated attendees about urban mushroom farming. In addition, his love for adventure led to a variety of unique cross-country trips where he met and formed many lasting friendships.

A memorial service was held at Northgate Community Center in Seattle, Washington on November 22nd. Honoring his wishes, cremation services were provided by Elemental Cremation and Burial of North Seattle, WA.