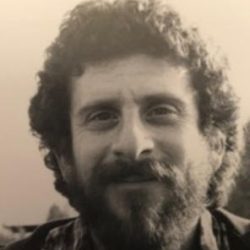 Bruce Stone, 71, passed away peacefully on January 26, 2021 in Seattle, WA. Bruce was born and raised in Chicago, IL where he attended Northeastern Illinois University. Upon graduation, Bruce hitchhiked around the US before settling in Boise Idaho where he married Michele Seesee. They moved to Seattle Washington and Bruce obtained a Master’s Degree in Social Work from the University of Washington. Bruce worked for King County, Harborview Medical Center and the Veteran’s Hospital providing compassionate mental health care to many. Bruce and Michele divorced in 2004 after raising two children (Matthew Stone and Amanda Stone) who Bruce was unendingly proud of. Bruce retired to the Big Island of Hawaii but moved back to Seattle recently. Bruce was a loving father and friend and was known for his volunteerism and a dedication to the well-being of others.

Bruce is survived by his children, Matthew Stone of Seattle, WA, his daughter Amanda Stone of Boise, ID and his brother Richard Stone of Scottsdale, AZ and many Stone cousins and a bevy of nephews, nieces and others who loved him.

A small gathering to remember Bruce will be held at Discovery Park in Seattle, WA on March 27, 2021 at 1 pm by invitation. In lieu of flowers, donations to his memory can be made to Doctors without Borders.