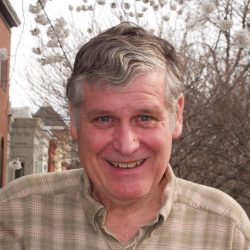 On Feb 16, 2022, Dr. Philip “Phil” Chase Abbott died in his home in Seattle Washington at the age of 73 after a 3-year battle with bile duct cancer.  Phil was a beloved father, grandfather, and brother.  He was a mentor and treasured colleague to many and well respected in his field.

Phil was born to Robert E. Abbott Sr. and Jane N. Abbott in Evanston Illinois in 1949.  He and his family moved to Fort Worth Texas in 1961 until his graduation in 1967 from R L Paschal High School.  Phil earned all three of his degrees from the Massachusetts Institute of Technology in Boston: B.S., Mechanical Engineering (1972), M.S. Mechanical Engineering (1972) and Ph.D. Economics (1976).  His dissertation was on Developing Countries and International Grain Trade. During his time at MIT, he was part of the Sigma Chi fraternity and the MIT Golf team. 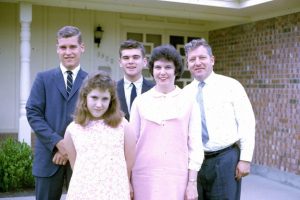 He married Alice in 1973 in Southwest Harbor Maine and they welcomed two daughters Laurel in 1977 and Sally in 1979.  While Alice and Phil divorced, they remained friends and stayed in touch through Phil’s final days. 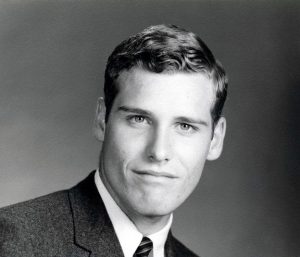 Phil’s work focused on international agricultural trade and agricultural development. He worked extensively in Africa and Asia, examining how trade specific and broader domestic policies influenced trade and development outcomes both in the third world and for the U.S. His research has included extensive work on national trade policy for cereals in Morocco, cotton and cocoa in West Africa and Colombia, and trade and development in Vietnam. Each of these efforts was conducted in collaboration with national policymakers and stakeholders. Early and later work examined the role of stockpiling and stabilization policy in West Africa, Asia and Afghanistan.

Phil taught courses on mathematical programming, international trade, macroeconomics and agricultural development. During his tenure at Purdue Phil spent three sabbatical years abroad, at the Institut Agronomique Mediterranéen de Montpellier, CIHEAM, Montpellier, France in 1988-89; at Al Akhawayn University, Ifrane, Morocco in 1998; and at the University of Copenhagen, Denmark in 2005-06. He also consulted for several domestic and foreign government agencies, the United Nations Food and Agriculture Organization (FAO), the OECD, the World Bank, commissions on food policy issues, and private agencies.

Phil served on the editorial boards of the American Journal of Agricultural Economics and the Journal of Development Economics. He was awarded the Purdue University AES Agricultural Research Award in 1989 and the 2009 American Agricultural Economics Association Quality of Communication Award. He was named a Fellow of the African Association of Agricultural Economics in 2010. He was most proud, however, of the accomplishments of his graduate students, who went on to pursue distinguished careers and attain important positions not only in academia but also in governments and international organizations worldwide. Four of his students won national awards for the quality of their PhD dissertation or MS thesis, and numerous others won the Ag Econ department’s best thesis award.

Phil’s colleagues and students described him as humble, honest, kind, brilliant, and at times stubborn. Many of his students recall Phil as being tough but fair. They spoke fondly of his friendship and how so many of them turned to him for advice and guidance.  He was always up for a debate and discussion on topics at hand and never shied away from sharing his opinion, backing it up with data.

Following his retirement in 2017 Phil moved to Washington, DC to live near his daughter Sally and her family and got to spend quality time with his grandchildren Owen and Connor, even serving as the at-home teacher for the boys during the pandemic.  When Sally’s work took her to Denver, Phil moved to Seattle Washington to live near his daughter Laurel where he spent his final year. 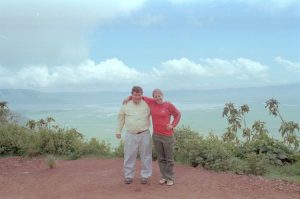 Outside of work Phil loved working in his shop.  He made speakers for his own enjoyment as well as those of his friends and family.  He loved working on cars, first starting with his friend Lew Erwin in college.   Phil loved the outdoors.  During his latter years in Indiana he would spend weekend mornings hiking the Wabash Trail with his friend Kevin McNamara and always dreamed of buying a house in the woods.  He has fond memories of time spent with colleagues in Yellowstone and was able to visit the Grand Canyon, an item on his bucket list just this last October.  He also enjoyed playing golf and loved to garden.

He traveled extensively visiting over 38 states and almost 50 countries throughout South America, Europe, Africa, and Asia.  He shared that love of travel with his family. During the sabbatical year in France, he and his family got to travel extensively through Europe igniting a passion for the world in both of his daughters. Sally and Phil went on a safari together to Tanzania when Sally was stationed in Mali in the Peace Corps, and Laurel and Phil visited China together, including the Great Wall as a college graduation present.  One of Phil’s most exciting trips was to Burkina Faso in West Africa during a coup! 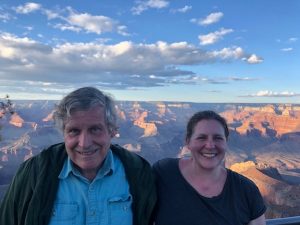 Phil is preceded in death by his father, Robert E. Abbott Sr., and his mother Jane.  He is survived by his daughters Laurel Reitman (her husband Jeff) of Seattle, WA, and Sally Abbott (her husband Tom Nagle) and their children, Phil’s grandchildren Connor and Owen of Denver, CO, his sister Diane Monach of Yorktown, Virginia, and his brother Robert E. Abbott Jr. of Austin, TX.  Phil is also survived by his former wife Alice Abbott of Edgecomb, ME.

A memorial service will be held in West Lafayette in the Spring of 2022 with details to be provided later.

For those who wish to make a donation in Phil’s memory, please consider a fund that has been established in his name, to be used in support of Purdue Ag Econ Graduate students. Please make donations payable to the Purdue Foundation and mail gifts to Purdue Foundation, P.O. Box 772401, Detroit, MI, 48277-2401 or donations can be made online at: https://connect.purdue.edu/imophilabbott

Memorial donations can also be made to the Seattle Cancer Care Alliance (https://secure.seattlecca.org) where Phil received care in his final year or Sibley Hospital where Phil initially received care (https://sibleyfoundation29887.thankyou4caring.org/pages/honor-a-loved-one).  Phil also directed some of his giving towards MIT (https://giving.mit.edu/form) where he received his education.