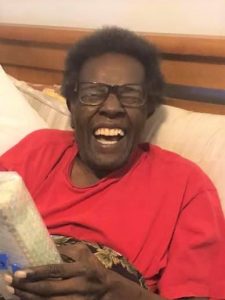 James passed away peacefully at home after a long battle with cancer. He lived fully and with dignity despite encountering a variety of obstacles and hardships throughout his life. Born in Maplesville, Alabama, the oldest son in a family of 13 children, James had fond memories of his early years, living on “heir property.” Milking cows, rounding up horses and running away from snakes were top activities. His family later relocated to Las Vegas, where James began working as a young teenager in the casino kitchens. He worked to support his family, giving his paycheck to his mother. He reflected that he worked as a man yet was still a child and missed out on many of the typical teenage activities as he grew into adulthood.

As a young man he moved back and forth between Seattle and Las Vegas. He finally settled in Las Vegas raising his children as a single parent and starting a construction business; those years were some of his happiest. During this time James was also introduced to Nichiren Buddhism, Soka Gakkai International (SGI); this practice, is rooted in chanting “nam-myoho-renge-kyo,” study and activities to promote world peace and happiness. His Buddhist practice sustained him and lead to wonderful friendships and opportunities to mentor others in the practice. His practice also helped him cope with the many physical challenges of surgery, chemotherapy, and the effects of cancer with grace and a positive attitude.

James moved back to Seattle after his children reached adulthood. He worked for several construction companies and operated his own construction businesses. His specialty was concrete, much of his work – is both hidden, and in plain sight (curb cuts, Mercer Island retaining walls and jersey barriers along the I-5 corridor to name a few). He brought life back to many old homes in need of TLC. In addition to his construction and carpentry skills, he worked on old cars, loved to cook, and took up fishing and gardening. Always with a ready smile and friendly nature, James worked hard to overcome childhood trauma, racism and the physical hardships of working in the construction industry. He had a wacky sense of humor and off the wall figures of speech, many of which are not fit to print! He was athletic and a talented basketball player, even shooting hoops in the last weeks of his life. He stayed true to his Buddhist practice and encouraged members to better themselves in their practice.

Family was important to James and he leaves behind sons Kenneth and Kharry and daughter Denita and numerous grandchildren and great grandchildren and sisters Catherine, Mary, Irietta, Christine, Sharon and April, and brothers Timothy and Calvin. His longtime partner and best friend Louise Ryan and her family also survive James.
Louise wishes to extend her appreciation to all of the staff at the Swedish Cancer Institute, Providence Home Health and Hospice, the African American Elders program and friend and Caregiver Willietta Smith and SGI members, especially the Heart of Rainer Valley District.
A memorial will be held at a future date.
Remembrances may be made to:
Swedish Cancer Institute
https://give.swedishfoundation.org/James
Or mail check to:
Swedish Medical Center Foundation
747 Broadway Seattle, WA 98122
Note: Cancer Institute on check 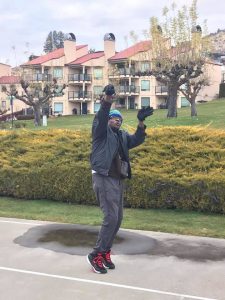