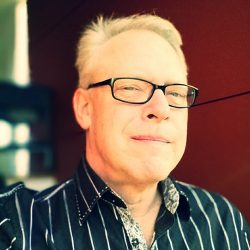 Jay Loren Massena passed away on September 17, 2019 in Bellevue from colon cancer. Jay was tenacious to the end. He gave a great fight against his disease and held on far longer than any doctors had expected. Jay was a strong person and an inspiration to all who knew him. He had a big heart, a beautiful soul, a curious mind and a huge desire for trying new things.

Jay was born on May 24, 1957 in Richland, Washington. He lived in Seattle and its greater area for most of his life. He was married twice. In his early twenties he was married to his first wife, Sonia Dubrovay for 6 years. In 1998, Jay married Larissa Ermakova, who was Jay’s spouse, partner and best friend for the remainder of his life. Jay and Larissa met through a Russian online dating service. The long distance and difference in culture didn’t stop them from finding each other, and they soon became inseparable. Jay and Larissa had a lot of mutual interests, such as golf, travel, movies, video games, and good meals with friends. And, perhaps most importantly, they had the same sense of humor. In 2011-2012, Jay and Larissa, along with Build LLC designed and built a beautiful modern house in Bellevue, which was Jay’s last residence.

Jay graduated from Roosevelt High School in 1975 and pursued a Graphic Designer degree at Cornish College of the Arts. He followed different career passions including graphic design, horse race handicapping, software engineering, and high end digital print making. Jay worked as a graphic designer at the City Hall of Seattle and as a professional horse race handicapper and a horse racing newsletter publisher and distributor at the Longacres Racetrack (now Emerald Downs). He particularly thrived in technology – he started at Microsoft as a Program Manager in 1994 and left the company in 2003 after leading one of the Office product groups as a Group Program Manager. While at Microsoft Jay was awarded multiple patents as an inventor of Web Parts, Office PivotTable component, and Web Design-Time Controls for InterDev 1.0. After leaving Microsoft Jay started Aris Editions, a successful digital printmaking business in Seattle that produced high end prints and reproductions. In 2009, he was recruited to be a Vice President at of VMWare in Palo Alto, CA. But that position proved to be temporary, as Jay and Larissa didn’t want to permanently leave the Seattle area. After a brief semi-retirement, Jay and his good friend, George Snelling, cofounded 3Meters LLC in 2011, a company focused on web services and mobile application for proximity computing. Jay served as the primary developer for the company’s iOS and Android native applications. In the last two years of his life Jay worked as a Senior Mobile Engineer for Seattle startup Highspot, and was a vital part of making “Highspot Everywhere” a reality by extending company’s products and services to mobile platforms.

Throughout his life Jay created many lifetime friendships and he will be fondly remembered and greatly missed by so many people. Jay had a big impact on everyone who met him and felt his endless passion for learning, personal integrity, and zest for life. He was kind, brilliant, fun, trustworthy and resolute.

Jay is survived by his wife, Larissa; his father, William; his step-mother, Sharon; his brothers David, Darrin, Justin, and Andrew; his sisters, Lisa, Jennifer, Keri and Kati, his niece Kayleigh; and his nephews, Spencer, Christian and Bret.