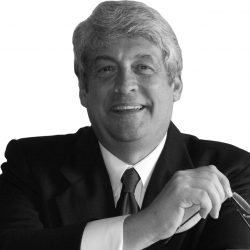 Kurt DuNard, born 10/12/1950 to Paul L DuNard, Sr. and Dorothy DuNard in Yakima, WA, passed away
on Sept. 21, 2019 in Kirkland, WA of a massive coronary. He leaves behind 3 sisters: Barbara DuNard,
Diana Alba, and Dorothy Stokes; and 1 brother: Paul L. DuNard, Jr., along with his wife of 46 years, Joan
DuNard.
Kurt attended Lee Elementary School and University High School and attained his BS at University of
Missouri – Columbia. Kurt was a renaissance man and avid reader/learner – who had several careers
first teaching Industrial Arts; then running his own boutique gift business; followed by pharmaceutical
detail man; and eventually was a stock broker attaining the level of Vice President at Oppenheimer &
Co., Seattle, in their boutique investment banking division. When he left Wall Street, he built his own
New England Salt Box home in Stockton, Missouri where he farmed organically. He then became a
published writer of Exceptional Life; Living the Life You Were Meant to Live, while he resided in Franklin,
TN and was a member of the National Speaker’s Association. He moved back to the Pacific Northwest in
support of his wife’s career.
Kurt loved reading, hiking, camping, diving, boating, travel, cooking, visiting with friends, and gardening.
He enjoyed jazz and classical music and the arts. He made beautiful furniture and could fix almost
anything. Kurt was retired and resided in Stanwood, WA. His wife, Joan, credits him for much of her
success in her career as he was a lovingly supportive Christian soul mate. His smile and sense of humor
are missed. In lieu of flowers or gifts, please donate in Memory of Kurt William DuNard at
www.unity.org/donate
A celebration of Kurt’s life will be held in the near future at the home in Stanwood, WA