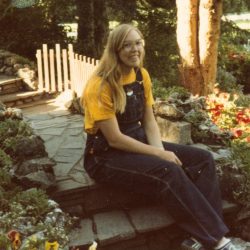 Mary Jane (66) passed into her heavenly home on Easter Sunday, April 17, 2022, at her home with her younger sister and brother-in-law by her side. Mary Jane was the middle of three daughters born to Harold & Venice Grindle on April 8, 1956 at Swedish Hospital in Seattle, WA. Older sister, Sandra (Sandy) happily welcomed her baby sister into the family. Sister Judy joined the family three years later. 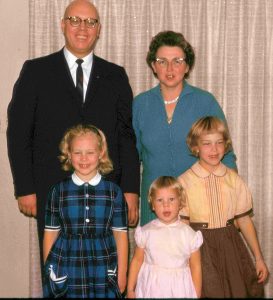 Mary Jane grew up in West Seattle and attended Fairmount Park Elementary, Louisa Boren Jr. High, and was a 1974 graduate of West Seattle High School where she played violin in the school orchestra and was a contestant for Miss West Seattle Hi-Yu. Mary Jane continued her education, taking classes at Shoreline Community College, graduating with an AA in 1976. She took a job at Blue Cross Blue Shield in North Seattle using her business skills.

Mary Jane grew up attending Seattle First United Methodist Church, where she was baptized, confirmed, met her future husband, Mark Ingham, and later married on June 24, 1978. She and Mark made their first home in North Seattle, until Mark accepted a music teaching position at Chief Moses Junior High School in the Moses Lake School District located in eastern Washington. They moved in 1979 and later bought their first house.  Mary Jane worked first at Sears then at a local bank. She and Mark attended Moses Lake United Methodist Church where they sang in the choir, and helped with youth group events. Mary Jane started a children’s choir. Daughter Alison Renae was born October 1984, so Mary Jane happily became a full-time Mommy. She often babysat some other teacher’s children so she & Mark could have the same days and holidays off. She also did some guitar lessons for friends. In 1985, they made the switch to Moses Lake Foursquare Church. 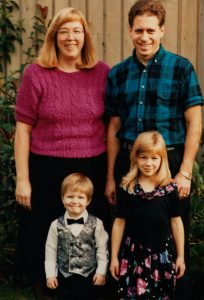 Missing family back on the west side of the state, Mark applied and got offered a music teaching position at Explorer Junior High School in the Mukilteo School District, in Everett, Washington, so back they moved in summer of 1987. After selling their Moses Lake home, they purchased their current home in south Everett.

Their family grew as they added son, Philip Thomas, in April of 1988. What joy to now have a daughter and son to round out their family! Mary Jane was a busy mom, and eventually began babysitting again for teacher’s children. They began attending Family Life Center Foursquare Church (now Forward Church) in Mukilteo, where they raised their children. They were both involved on the worship team, where Mary Jane played guitar and sang. Their family really enjoyed the outdoors, and loved camping! This favorite pastime took them many places all over the US. The National Parks became favorite spots to visit, as well as the annual trip to Camp Indianola over the 4th of July weekend with Mary Jane’s family. This is the camp that Mary Jane grew up attending every summer for their week-long camps, and where Mark was a camp counselor. 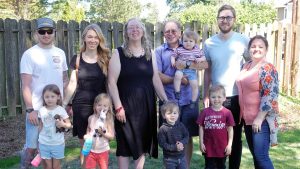 As their kids got older, Mary Jane returned to work for the Mukilteo School District as a kitchen helper at Explorer Middle School. Since the choir room opened up to the cafeteria, she could hear Mark teaching, and they often had lunch together. She really enjoyed the people she worked with and all the students.

To Mark and Mary Jane’s delight, their family expanded with the marriage of Philip to Sueanna Lewis in August of 2010, and again when Alison married Matt Withrow in June of 2013. The joy of grandchildren began with the birth of Blake Withrow in Feb. of 2015, followed by Hezekiah Ingham in August of 2015, Sloane Withrow in Sept. of 2016, Tobiah Ingham in April of 2018 and Malakhi in Nov. of 2019. Mary Jane loved to spoil them with little gifts she would pick up and surprise them and always had some kind of craft for them to do. Mary Jane retired from her job at the school in January, 2015 so she could help with the grandchildren and eventually babysit Blake & Sloane 4 days a week. With them, she would create special projects that often involved cutting, gluing and coloring. Making cutout sugar cookies and decorating them was also a favorite. Her love of doing puzzles – often 1,000 piece ones, would adore her kitchen table. Gardening was her passion. She kept their yard well-kept and manicured and picked up new plants whenever she could, squeezing them in any bare spot she could find. She could winter-over various plants, and could have geraniums in full bloom at Christmas time! Sweet peas were her favorite, both for the sweet scent and various colors. They added a sprinkler system to the yard this year to make the watering duties much easier.

Vacations continued to be adventurous times for Mark & Mary Jane, especially after Mark retired teaching in 2016. They “traded in” their tent and sleeping bags for a unique Trailmanor no canvas pop-up trailer. It has put on thousands of miles and they even took a month long trip camping across the US, through Canada, and back down to the east coast, meeting Philip, Sueanna & Hezekiah to further their trip. Their love of visiting National Parks has continued over the years of which Yellowstone is Mary Jane’s favorite. They especially loved Lamar Valley where various wildlife can be seen. A plus with the trailer, their bikes can be strapped right on the back and provided lots of exercise once they arrived at their destination. 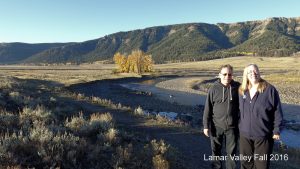 Mary Jane’s love of Jesus was most evident in her life. She was a prayer warrior and she remained faithful to reading her Bible and would often share scripture or a word from the Lord with someone. Even after her cancer diagnosis in July 2021, she had no fear. Her calm manner continued to be fixed on Jesus healing her in whatever way He chose to do so. When the time came when the doctors said there was no more treatment, she rested in the Lord, saying, “It’s up to God now”. He chose to take her home on Easter Sunday April 17 as the song, “Because He Lives” played out in the background. Her passing was beautiful in itself and in God’s perfect timing. She is now without pain and is singing in the presence of Jesus and the other saints gone before her.

Mary Jane requested to have her ashes scattered in her beloved Lamar Valley in Yellowstone, and her family is planning on doing that in September.

Memorial donations may be made in Mary Jane’s name to a Go Fund me account set up for her niece’s family to remodel their basement for a single mom friend & her boys (who have been in foster care.)