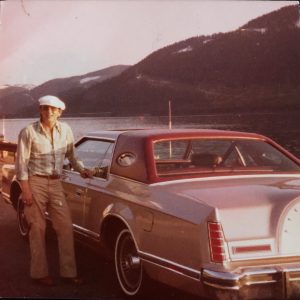 Paul “Fritz” Gaige went to Heaven filled with light and joy to be in the presence of his Savior at 9 pm on Sunday 01/13/19 at Columbia Lutheran Home in Seattle.

A West Seattle native, Paul was a Boy Scout in 1952 and was included in a Time Capsule event at Alki Beach’s Statue of Liberty constructed as part of a national campaign to recognize the 40th anniversary of the Boy Scouts of America. This time capsule is to be opened in 2052.

Leaving West Seattle HS early, he enlisted in the U.S. Navy in 1957 and served on the U.S.S. Frontier in Long Beach, CA, San Diego, CA, Australia, and Okinawa, Japan. He then relocated to San Jose, CA in 1962 and 10 years later became an Insurance Investigator in Hong Kong. Returning to Seattle in 1974, Paul had a career at Bethlehem Steel Mill in West Seattle and learned the art of Kung-Fu in Seattle’s Chinatown. After the Steel Mill closed down, he returned to college and became a Graduate of Seattle University with a degree in Criminal Justice while an active member and President of the Honors society. In the 1990s he began a new career as the Director of Social Services Program for DARP, a Drug, Alcohol and Recovery Program in Pioneer Square, Seattle changing the lives of thousands of people, assisting with housing and resources to stay safe and sober. The Seattle Union Gospel Mission’s “Ed G” remembers Paul Gaige’s work at DARP as a program that “broke most people’s hearts” as it “was for the ultimate broken men dying of alcoholism.”

His mother was Mrs. Glenavier Cady Marks Gaige (1917-1997), active in the West Seattle Eagles and Eastern Star and wife of Mr. Judson Melvin Gaige (1908-1976), former Boeing Supervisor who also enjoyed being active in the Eagles Club and Freemasons in the 1950s through 1970s.

He is survived by two sisters, Nancy Gaige Jones and Gail Gaige Cochran, a niece in Boston, a niece in Texas, a nephew in Germany, 5 children (Michael Gaige deceased in 1974) former wife who he remained friends with, Elena, 7 grandchildren and 2 great grandchildren.

In lieu of flowers, we ask that you make an online donation to the Seattle Union Gospel Mission or volunteer at your local homeless shelter in his remembrance.

Funeral services will be held at Miramar National Cemetery in San Diego.