Peter was a dedicated physician, an innovative scientist, a respected teacher, and above all, a loving and beloved family man. He was born during the Depression in Morgantown, WV, where his parents, William E. Simkin and Ruth Commons Simkin, worked for the American Friends Service Committee developing new work opportunities for unemployed coal miners and their families.  Growing up in Wallingford, PA, young Peter and big brother Tom earned money trapping muskrats, and Peter raised chickens to sell their eggs and meat.  Peter attended Rose Valley School, Swarthmore High School, and Swarthmore College where his love of learning was nurtured.  In his junior year at Swarthmore, Peter met the love of his life, Penny Payson. After he got up the nerve to ask her out, the two spent a long day together and, as they say, the rest is history. The two married in August of 1958 and celebrated 63 years of marriage last summer.

After college, Peter studied medicine at the University of Pennsylvania and became a physician.  Peter’s medical career took him to Chapel Hill, NC for an internship and residency, Fort Lawton, WA as a captain serving in the US Army, and Cleveland, OH for a second residency.  Peter then joined the medical faculty at the University of Washington Medical Center, in the Division of Rheumatology, in 1966.  Peter and Penny were by then the proud parents of four children under the age of five.  Peter served as a clinician, a research scientist, and a professor of medicine.  He treasured these three aspects of his working life. They stimulated his empathy, his curiosity, his problem-solving, and his leadership skills.  He had a gift for original thinking, which made him an insightful diagnostician, and led to a variety of important contributions to the understanding of human physiology and rheumatic disease.  For many years after his official retirement, Peter continued to go to his UW office daily, working on his writings and collaborating with colleagues. 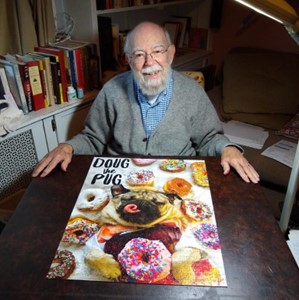 While Peter’s identity was mostly shaped by family and career, he also deeply enjoyed working on jigsaw puzzles, singing in the shower, venturing into the great Pacific Northwest mountains and beaches, rooting for his beloved University of Washington Husky football team, cheering on the Seattle Mariners, walking their little dog with Penny, and clearing the ever-growing blackberry brambles on the hill behind their Capitol Hill home. He loved his commute to and from work, a 1.5 mile hike down the hill and across the Montlake Bridge to the hospital. Peter provided a loving, stable upbringing and college educations for all four of his children. 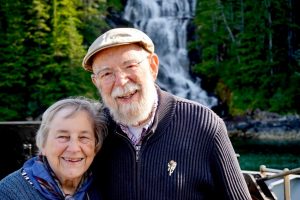 Peter was a quiet man. He was known to be a little shy, determined to the point of stubbornness, and deeply thoughtful—qualities that had their pros and cons. He treasured the Quaker values that he was raised with—simplicity, humility, respect for all humanity—even when they were hard to live up to.

Peter’s family is planning a small, private memorial service later in the summer.  The family suggests memorial gifts may be made to:  YouthCare or Doctors Without Borders.