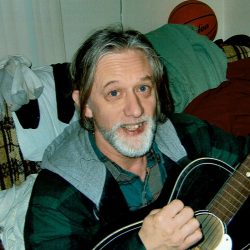 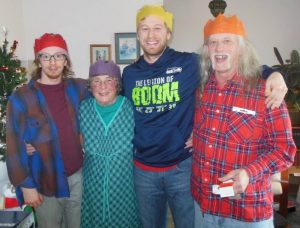 Randy was born December 20, 1955, to Bea Cosentino in Tacoma, Washington and grew up in Woodinville. He died on June 6, 2018 at Swedish Hospital (First Hill) surrounded by his three children.

Randy was the youngest of four siblings and graduated from Bothell High School. Though his childhood was often difficult, his resilience and positive attitude carried him through many trials and triumphs. As a teenager, he discovered the guitar, a passion that would stay with him throughout his life. He played in bands, wrote music and enjoyed experimenting with new sounds. His curious mind was often fulfilled with the time he spent with his guitar.

Randy lovingly cared for his ill mother her until she died in 1976. After that loss, he spent several years as an unpaid worker with the Church of Scientology. One day he met Susan by offering her a ride. They married in 1985. Their lives and hearts were soon filled with love over the birth of their daughter Corinne later that year, followed by Stephen in 1988 and Tyler in 1989.

Randy was thrilled to be able to be a stay-at-home dad while his wife supported the family working as a paralegal. Although he hadn’t grown up with a father himself, he was a natural. The joy, and patience that personified Randy were best used during these years as he took immense pleasure in caring for his children. He got to see the world again through their eyes and encouraged them to pursue their imaginations.

He and Susan were divorced in 1998. He moved just up the street to remain close to his children and has enjoyed living in Bothell with his two sons for the last decade.

Randy had many careers throughout his life including working in a bookstore, driving taxis, delivering papers, and caring for disabled adults. He also worked hanging drywall and painting cabinets. For the past decade, he has worked in facility maintenance at CenturyLink Field, where he was a proud SEIU 6 union shop steward, volunteering to advocate and helping with negotiations. He felt a strong sense of community with his coworkers and was always quick to offer a helping hand or a ride to someone in need.

As adults, his children have been lucky enough to get to know Randy well as not just a parent but a friend. He was always up for a long meandering talk and was genuinely interested in learning about what others thought. He was fun loving and was always up for a party.

He also valued his friendships, whether decades-long or just new, and his favorite thing to do in recent years has been to go rafting with his friends. He asked for his ashes to be spread in the river so that he can float down one last time.

Since his cancer diagnosis in January, Randy has been resolute in his optimism and efforts to survive this like he has every other challenge he’s met. Though his life was in many ways turned upside down, he did everything that was asked of him with hardly a complaint. His children are very grateful they could take care of Randy these last months and spend time together.

Randy is survived by his three children, his brother Terry, sister Darlene and nephews Ron, Shawn and Bert.

A celebration of life will be held at his daughter’s house at 8312 49th Ave S, Seattle on Saturday, June 30 between 3 pm – 6 pm. Any and all are welcome to drop by for this informal gathering. Randy’s family will have a few of his favorite things to share: Salmon and Sam Adams Boston Lager. Please feel free to bring side dish or dessert to share.