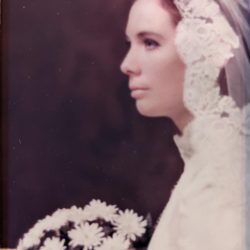 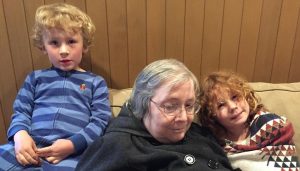 Sally was born to Ann Tyler and Thomas Gorsuch Young Jr. in 1946 in Baltimore, Maryland and grew up in Bolton Hill, the youngest of three children. She attended both the Calvert School and Garrison Forest. After graduating, she moved to England and studied at Talland House Riding School in Gloucester. Later, she moved to Ireland to study at Burton Hall, earning her British Horse Association Instructorship Certificate. While abroad, she met Joseph Alan Wilkinson of Lancaster, England, a pilot in the Royal Air Force. They married and moved to Singapore, where he was stationed for two years. When they returned to England and set up house in Skelton, Yorkshire, they had two children, Rachel Anne Tyler and Eleanor Page Darby. In 1977, Sally returned to Baltimore to raise her girls as a single mother and worked as a secretary for Nestle Food Corporation. Eventually, she became a Court Reporter for the Howard County Circuit Court, an occupation she loved in part because her brother and father were both lawyers. For most of this time, she was primarily a mother and cheerleader to Rachel and Eleanor, supporting their endeavors in music, sports, and academics. Her hobbies included being active in the Star Trek community, bowling, visiting New York City, watching Phantom of the Opera and other plays, and producing all kinds of textile work: needlepoint, crochet, and increasingly intricate knitting. She also volunteered at the Hippodrome Theatre as an usher. 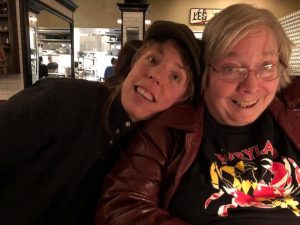 When her daughter Ellie moved to Seattle, married, and had children, Sally decided it was time for her “last big adventure” and moved to Evergreen Independent Living Community in Redmond, outside Seattle. Her grandchildren loved visiting her, and she enjoyed helping her fellow “inmates at the asylum,” offering to drive and accompany her elderly neighbors in their errands and appointments. She met daily with her lunch group, enjoyed theatre outings with her daughter Ellie, and was a constant source of wry humor and good cheer to Rachel in Baltimore. Finally, she moved to Patriot’s Glen Assisted Living in Bellevue, where she charmed everyone she met. 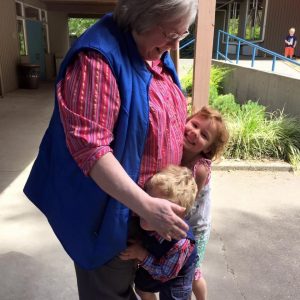