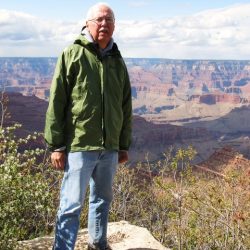 Tom was born in San Diego but spent most of his childhood in the Bronx, NYC. He attended Queens College as a music major and played classical trumpet exceptionally well for many years.

Tom moved to Seattle in 1977 after visiting his brother Paul who was then living in Port Orchard. Paul and his wife Donna made him very welcome and assisted in getting him an apartment on Queen Anne hill in Seattle.

He met his future wife Becky (Lusk) in April 1980. They married on April 13, 1985, five years almost to the day of their first meeting. In 1987 they moved to a home in the Green Lake area, purchased it in 1988, and lived there happily ever since with a series of much-loved cats.

Tom and Becky traveled extensively in the United States and Europe, with a shared love in particular for Arizona and England. Tom’s brother Jim (John) and his wife Ellen lived in Tucson for many years and were delighted to share the beauty of that state.

As a huge animal lover, Tom spent many hours volunteering at Woodland Park Zoo in Seattle, working with the gorillas, in the ‘80s and ‘90s. Nina, one of their long-time gorilla residents, was especially fond of him and would make her way to the glass to greet him whenever he arrived.

Tom was smart and generous, and loved to spoil both his wife and the cats. This will tell you all you need to know to understand Tom: In the hospital he was asked if there was anything he’d be able to scratch off his bucket list. His reply was that he just wanted to continue taking care of
his wife like he always had. He was grateful that his and Becky’s friends and families are so supportive of her.

He was an avid follower of current events in books, television and periodicals, with a few sci-fi favorites thrown in such as Star Trek, the Dune books and The Lord of the Rings. He had deep understanding of and acceptance for the diversity of people and their circumstances.

Tom was in hospice care at home for 5 months, and even though he never quit working incredibly hard to stay alive, he also spent that time helping Becky prepare for life without him. He especially appreciated the love and support his brothers gave during this time and throughout his life. Becky and their families will miss Tom beyond measure. 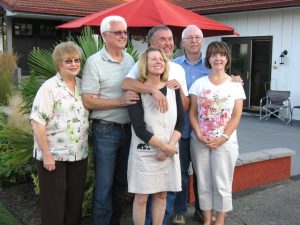